Adversity is the opportunity for evolution. Failure is not final, and it is not quitting—-  it is the open door into growth, humility, and self-improvement. The indigenous people of the Marianas are all too familiar with adversity: they have fought and lost the war against the invading Spaniard conquistadors, endured enslavement and occupation by the Axis Powers in World War II, and they are still enduring the vestiges of centuries-long colonization, even now.

As warriors and seafarers, the ancient Chamorro people have fought, survived, and continue to fight for their lives in a world that is globalizing, leaving indigenous cultures in the backburner. As a son of the Marianas, Frank “The Crank” Camacho understands that this ability to endure losses and adversity is in his blood. It is his past, present, and future, as it is the inevitability of all warriors: you win, or you learn.

In Camacho’s latest vlog, “Frank “The Crank” Post UFC Singapore Fight Night,” he is energetic and eager for his next fight. Looking healthy and relatively unharmed, Camacho strolls through the beautiful streets of Singapore, thanking his supporters—- grateful to his people. 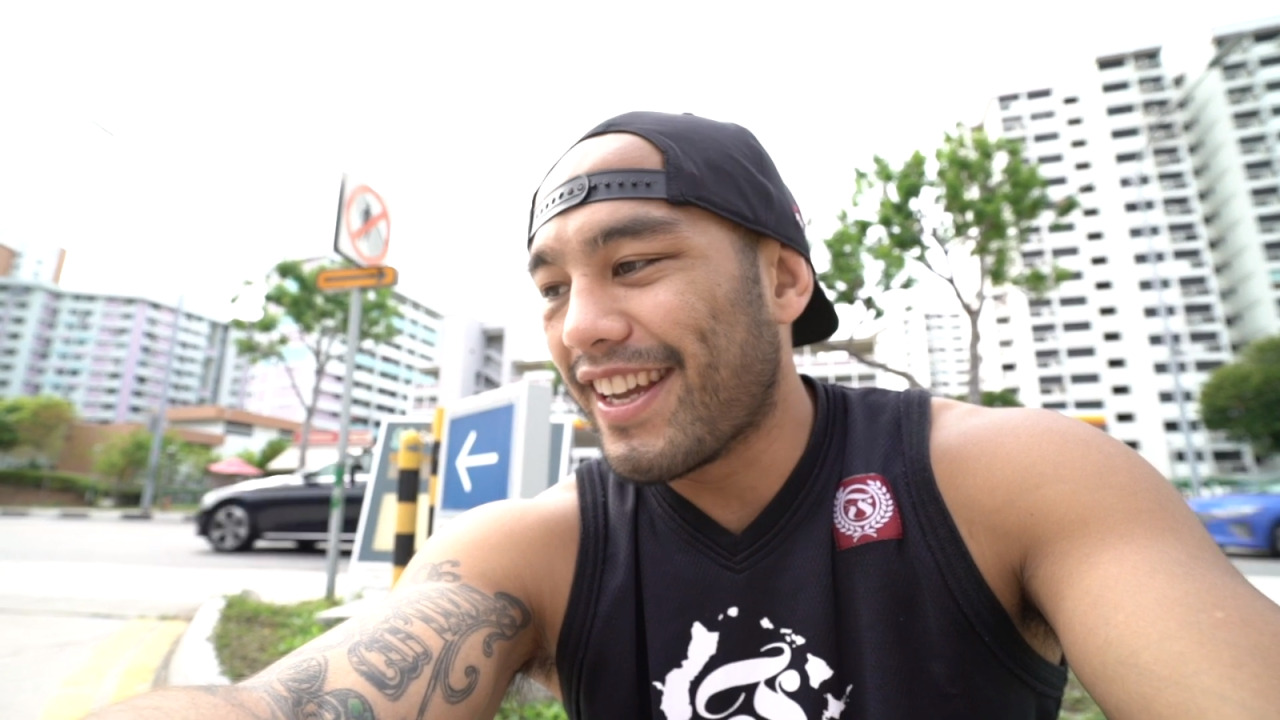 “What I love about this sport is that it’s so true. Holding onto my mind all the should haves, could haves, would haves—  but at the end of the day, I lost,” Camacho admits, in a powerful display of a true warrior’s humility. A loss does not stop the world from turning, it does not stop his heart from beating, and it will not end his passion for Mixed Martial Arts.

To understand the mindset of true warriors, consider the four best things about losing a fight: the experience you gain, the opportunity to fight another day, reviewing the fight (via a video recording) in order to fully learn from your experience from a different perspective, and the ability to get right back into training and improving for your next fight.

Frank “The Crank” Camacho has that warrior mindset. He has not given up, and his lost has not discouraged him from his passion. He is grateful to his fans, his partners, his family, and even Beneil Dariush for supporting him in their own individual ways, by understanding the way of the island warrior.

WRESTLING PRACTICE! Back To Th...

CRANK DIY: HOW TO CUT A POWER BILL IN HALF!

Frank “The Crank” Camacho is not just an MMA athlete; he is a father, a husband, a philanthropist, and influencer. He has donated thousands of U.S. dollars to disaster relief efforts for Saipan while rallying supporters for the cause, created CRANK PRO-TIP vlogs to educate…

CRANK PRO-TIP: The Importance of Stretching!

Frank “The Crank” Camacho is all too familiar with a bruised, tired body. Human beings will always have a limit to their physical capabilities, and Camacho has pushed past his limits more than once; when that happens, he knows exactly what to do. Dynamic stretching,…

WRESTLING PRACTICE! Back To The Grind & Good Habits!

Frank “The Crank” Camacho knows the power of habit, and emphasizes its importance in his new vlog: Back At It! Wrestling Practice. The fight remains in Camacho’s blazing spirit as he returns to the Marianas and training in the Marianas, refining his techniques with Spike…

CRANK It Up At The UFC Performance Institute

In Frank “The Crank” Camacho’s latest vlog, My 1st Time to the UFC PI, the journal begins with a generous view of Nevada’s iconic desert highways on a journey to what will be Camacho’s first experience at the UFC Performance Institute—–  a massive building dedicated…

Sponsored by Pso-Rite.        As a man of the Marianas dedicated to health and fitness, it is no surprise that Frank “The Crank” Camacho would be eager to experience new, clinically proven methods to enhance his training experience and take care of his body as…

CRANK PRO-TIP: The Importance of Stretching!

WRESTLING PRACTICE! Back To The Grind & ...

CRANK IT UP! With the Official Merch ...